Over the next 3 weeks we will be presenting some of the findings from the Growth Commission work programme in the run up to the release of the final report and recommendations on 14 July. Case studies of other global tech and knowledge regions formed a key strand of the Growth Commission’s work. Six international case studies were undertaken in total. We will give a quick overview of each case study area and then discuss some of the main learning points.

Overview of the case study areas 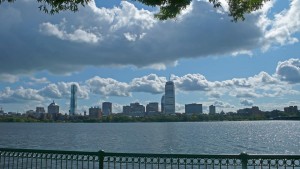 Boston Route 128, Massachusetts is one of the leading high-tech areas in the world. Boston has a world-class set of research institutions, pushing the frontiers of knowledge in fields including cancer research, cloud storage, robotics, and nanotechnology. This region has effective metro- and regional-level strategy, planning and delivery. There is significant collaboration on the provision of infrastructure, land and area-based initiatives such as Innovation Districts. Economic development is integrated with land-use planning. Although there are many challenges of growth (such as income inequality, ageing transport infrastructure, housing shortages and workforce development), an integrated regional approach means that the Boston Route 128 region is better placed than most to understand and plan for them. 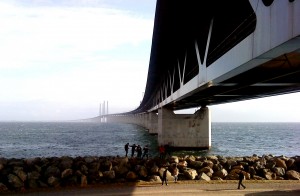 The Øresund region of Greater Copenhagen and Skåne (Denmark and Sweden) has involved the creation of a cross-border functional economy with new regional brand/name. With a total population of 3.6 million, the Øresund is one of the most well-known examples of European transnational collaboration, building on the metropolitan area around Copenhagen and, across the sound, southern Sweden following the opening of a fixed-link bridge/tunnel in 2000. The link provides agglomeration benefits, creating a larger metropolitan region with an integrated labour market, helping to overcome the drawbacks of the area’s peripheral location in global terms. The Øresund Region is a technology hub with innovation potential, world-class scientific infrastructure and a good environment for start-ups. Wider policy efforts were needed to connect the assets and capabilities in the enlarged region. Many of the Øresund initiatives have prioritised the creation of business and knowledge networks and collaborative platforms. 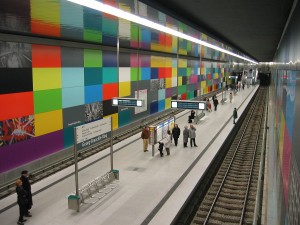 Greater Munich is Germany’s most productive urban centre and is one of the country’s leading metropolitan regions for high-tech activity, with a powerful innovation system. Munich ranks highly for quality of life, technology leadership, human capital, and economic performance. In the 1980s and 1990s, Munich and Bavaria pioneered new innovation and technology policies. Industrial diversity is one of Munich’s greatest strengths. High-tech industries and knowledge-intensive services sit alongside traditional production. Greater Munich has very strong transport and utility infrastructure, achieved through robust planning and significant investment in both public transport and international connectivity. The city is rated in the world’s top five for electricity, water, transport and telecommunication systems, and these play a major part in sustaining the area’s high quality of life. 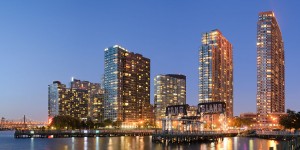 The New York City Metropolitan Area is the most populous urban agglomeration and largest economy in the United States, with 20.1 million residents in 2014, accounting for 1 in 16 Americans. New York Metropolitan Area is now a leading global region for ICT and digital and other tech industries. ‘Silicon Alley’ is one of the country’s largest technology hubs, with strengths in internet, telecommunications, and biotechnology. The wider New York Metro area has the largest bioscience workforce in the USA. In recent years New York State has pioneered a new approach to economic development by creating regional economic development councils – a community-based approach, which enables ten regions within the state to develop long-term strategic plans for economic growth based on their unique assets and market opportunities. The challenges of growth and success include high costs, lack of workforce availability, and a high incidence of poverty and inequality. Policy responses have sought to better utilise the existing workforce and improve the productivity of local businesses. 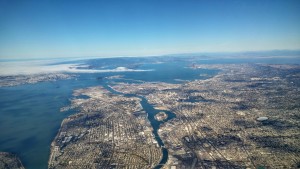 San Francisco-Silicon Valley is the leading global region for entrepreneurship, investment and tech business. Its highly-skilled workforce and ability to develop and commercialise technology and launch businesses is unparalleled. Many of the world’s most innovative technological advances have been conceived, incubated and scaled in Silicon Valley, generating economic growth and prosperity for the region’s companies and residents. The San Francisco-Silicon Valley area consists of 101 cities, but it is one economy with more than 7 million people living, working and enjoying leisure activities across the region. Transport is a critical challenge, despite an extensive commuter rail system and three major airports. High levels of demand, combined with historic under-funding, numerous modes of travel, two dozen transit operators, and fragmented strategic management, have worsened congestion and commuting times. Other challenges include housing, falling R&D spending and lack of effective workforce and skills planning and development. 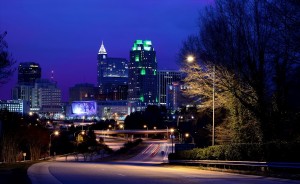 The Triangle in North Carolina (USA) has transformed from a rural economy in the 1950s into a leading global tech region. Founded in 1959 as a collaborative initiative to deliver the USA’s biggest technology research and science park, The Triangle is home to the Research Triangle Park (RTP). This 7,000-acre cross-boundary science park is the largest and leading high technology research and science park in North America. The area ranks highly as being business friendly, high tech and as a good place to live. The Triangle’s bold, ambitious strategy has been achieved and delivered through state and local government leadership and effective cross-boundary collaboration. Collaborative regional delivery bodies include a regional partnership and public transport authority.

Whilst the Growth Commission would not expect the London Stansted Cambridge Corridor to precisely replicate the success factors and policies of other successful global knowledge regions, there are several key learning points.

Long-term development. Major technology and innovation regions have developed over 30 to 50 years. The success factors are many, but tend to be a combination of scientific innovation, research and development capacity and expertise coupled with entrepreneurialism, high-level skills, room for growth and expansion, and available finance. Initial state investment in the form of research grants or defence/aerospace spending has also been significant in the US and German case studies.

Strong leadership and advocacy. All the case study regions have had strong political and business leaders and advocates. These have endured in collaborative formal government structures and arrangements, as well as private sector and non-profit associations.

Adaptability and flexibility is a key characteristic. The path to success and prosperity has rarely been straightforward, and each region has had to deal with industrial, market and financial restructuring.

Congestion, housing, and skills. All the world’s major technology and knowledge economy regions have had to face the impacts of high levels of growth. Typical challenges include transport congestion, housing availability and costs, and shortages of appropriate workplace skills.

Almost every global knowledge region collaborates across the functional economy and local jurisdictions, in policy areas such as economy, transport, land use and housing. As economies have grown and their functions have transcended traditional government boundaries, policies and strategies have followed. Some regions, such as Boston Route 128, Greater Munich, The Triangle, and The Øresund, have strategic plans and an integrated regional approach (to varying degrees). Others such as San Francisco-Silicon Valley, have suffered from the absence of a sufficiently integrated regional approach. This has been recognised with the development of Plan Bay Area 2013-2040, a long-range integrated transportation and land-use/housing strategy for the San Francisco Bay Area.

Aviation capacity is extensive in every technology region discussed in these case studies. For example, the Boston Route 128 and the San Francisco-Silicon Valley regions both have up to 10 runways available across a number of airports. Five airports service businesses and residents in the London Stansted Cambridge Corridor, with a total of 154.4 million passengers in 2015, and with a peak departure capacity of 160 movements per hour. This contrasts with New York Metropolitan Area’s three airports, with 122.7 million passengers in 2015, and a peak departure capacity of 186 movements per hour. The international airports in San Francisco-Silicon Valley (San Francisco International Airport and Oakland International Airport) have a combined peak departure capacity of 209 movements per hour. This indicates that, compared with international competitor regions, the Greater South East of England and London lacks sufficient aviation capacity to serve such a large and dynamic economy.

All of our global competitor regions have improved placemaking for knowledge industries and boosted regional integration, or are promoting such arrangements. These placemaking strategies and policies are being pursued in order to enhance their competiveness in attracting knowledge-based industries. Each region is delivering or advocating greater cross-jurisdictional working to achieve this. Such intiatives have been integral to long term approaches, as in Boston Route 128 or Greater Munich, and are the prime concern of the the Bay Area Economic Forum, the main business policy leadership organisation in San Francisco-Silicon Valley.

These regions have diverse spatial configurations. Silicon Valley is not a city region in itself, but a semi-rural area with small cities and large towns right next to big metro area of San Francisco and the Bay Area. The Triangle in North Carolina is not a metropolitan area or city region in the classic sense. Both Silicon Valley and the Triangle are attempting to create more vibrant urban centres to suit the preferences of their skilled workforces. This is evidenced by the preference of Silicon Valley’s top tech talent to live in San Francisco. The message here is that the classic ‘city region’ of big city with hinterland continues to be important, but the configuration on the ground, as well as changes in location preference, are complex and diverse.