Political leaders and major businesses will meet to set out how the London Stansted Cambridge Corridor, already a foremost European tech and life science cluster, can be established as one of the top “knowledge regions” in the world, competing alongside Silicon Valley, Boston’s high-tech / life science cluster, Øresund in Scandinavia, and emerging regions in Asia. 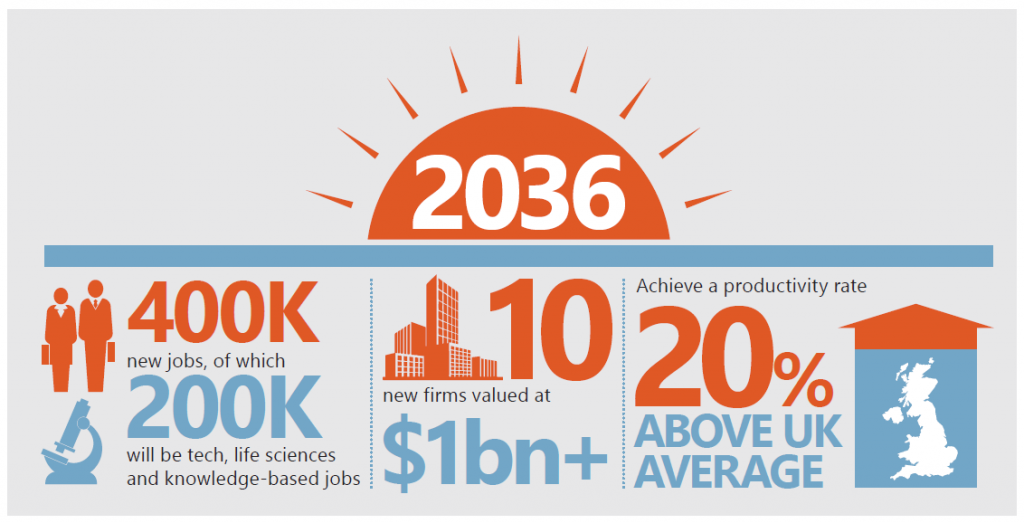 Topics for discussion include:

Over 200 delegates will be attending the event.

The Conference will also address the independent review of the region undertaken by the LSCC Growth Commission. The Commission identified the following issues which need to be addressed:

“This report shows that if we have the ambition and the willingness to act collaboratively we can build a truly world leading economy. We identify the main challenges hindering business investment: the lack of workforce skills, housing and transport capacity. We are not asking for grants from Government, but the freedoms and flexibilities to utilitise private investment and global capital to reach our goals.”

“The Corridor is already one of the most attractive locations in the UK for global investment in knowledge-based industries but it could be so much more successful, with benefits for the UK economy as a whole. Being able to capture the benefits of growth would support public and private investment in the infrastructure needed to ensure high-quality, high-value growth in the years ahead.”

The full conference agenda and delegate list can be found at: http://lscc.co/conference2016/